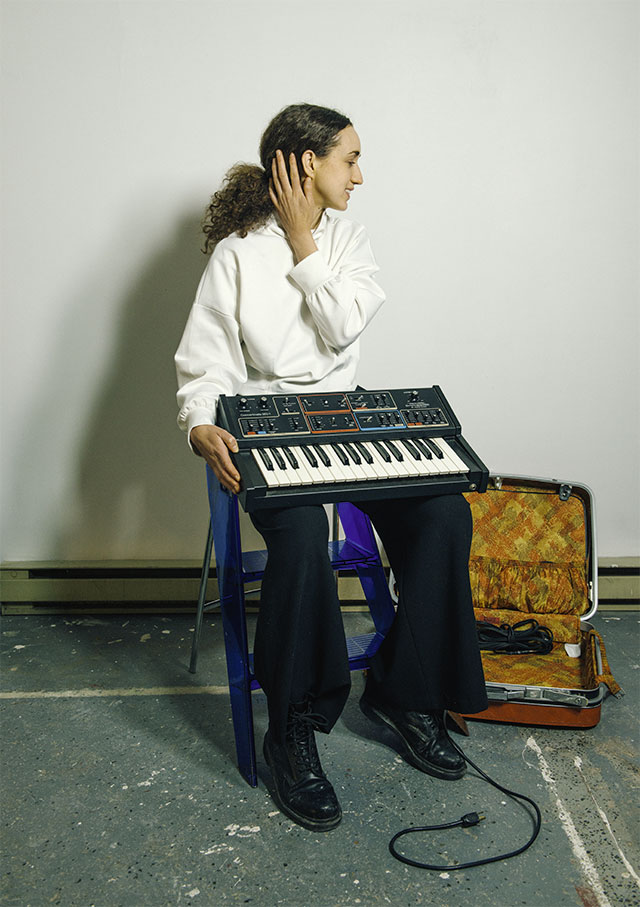 During the Forecast Festival, Montréal-based musician and radio producer Julia E Dyck will invite listeners to immerse themselves in a live sci-fi drama in five acts, which is broadcast from the space-age building of the HKW. The multichannel piece will blend the distinctive voices of different characters, and include the internal monologues of a spaceship, the analyses produced by a space probe as they are communicated back to Earth, and an internal digital assistant that narrates its collection of data into the void. In her retro-futuristic play, developed during her mentorship program with Peter Meanwell, Dyck uses the full range of possibilities afforded by radio technology, and lets her audience sit in on the live production of a radio broadcast.

Titled Frequency Interference,the project’s framework has been consistent since Dyck’s presentation at the Forecast Forum, but it has since developed both conceptually and in its rich and layered realization. Dyck describes her experience of the mentorship with Peter Meanwell:

“Peter has been a great help by suggesting research materials and inspiration and giving feedback on my script. It has been great to talk on the phone and discuss our ideas—just knowing that someone else is invested in my work is reassuring and encourages me to keep expanding upon these concepts and their presentation. These discussions have been wonderful because they are full of little connections and inquiries, which are sparks of creative energy that I can build on afterwards. It’s just so valuable to have someone to bounce ideas off—thoughts become more real when you start to articulate them to someone else.”

Julia E Dyck’s project for Forecast is supported by a grant from the Canadian Conseil des arts et des lettres du Québec, awarded to commissioned works in the digital arts.